In celebration of the tenth anniversary of the POCORART project,
this exhibition brings together artists and their creations from around the world,
transcending nationality, age, gender, and condition with or without disabilities.
These pieces surprise us by going further beyond even the framework of art. 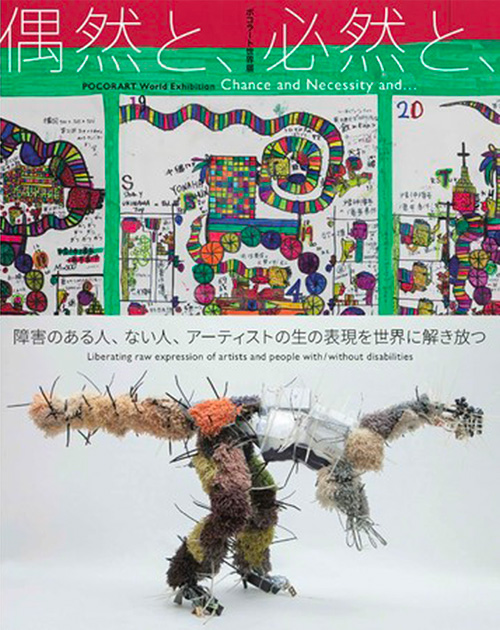 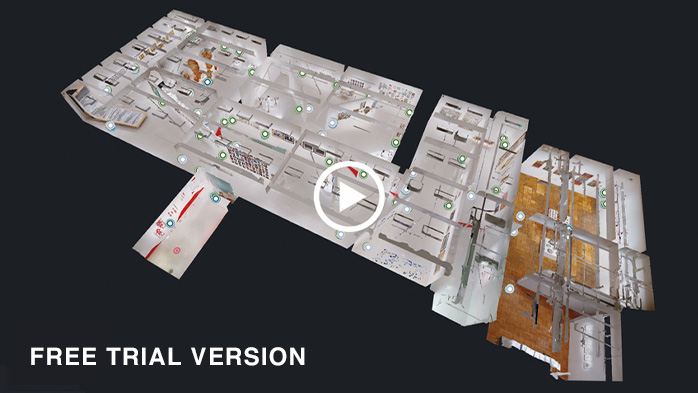 As a countermeasure against the spread of the Coronavirus, and for visitors who are unable to come to the exhibition to experience POCORART World Exhibition from distance, 3D virtual tours are now available. You will be able to experience the exhibition as if you were there. You can also watch the curator's commentary video in the 3D space. 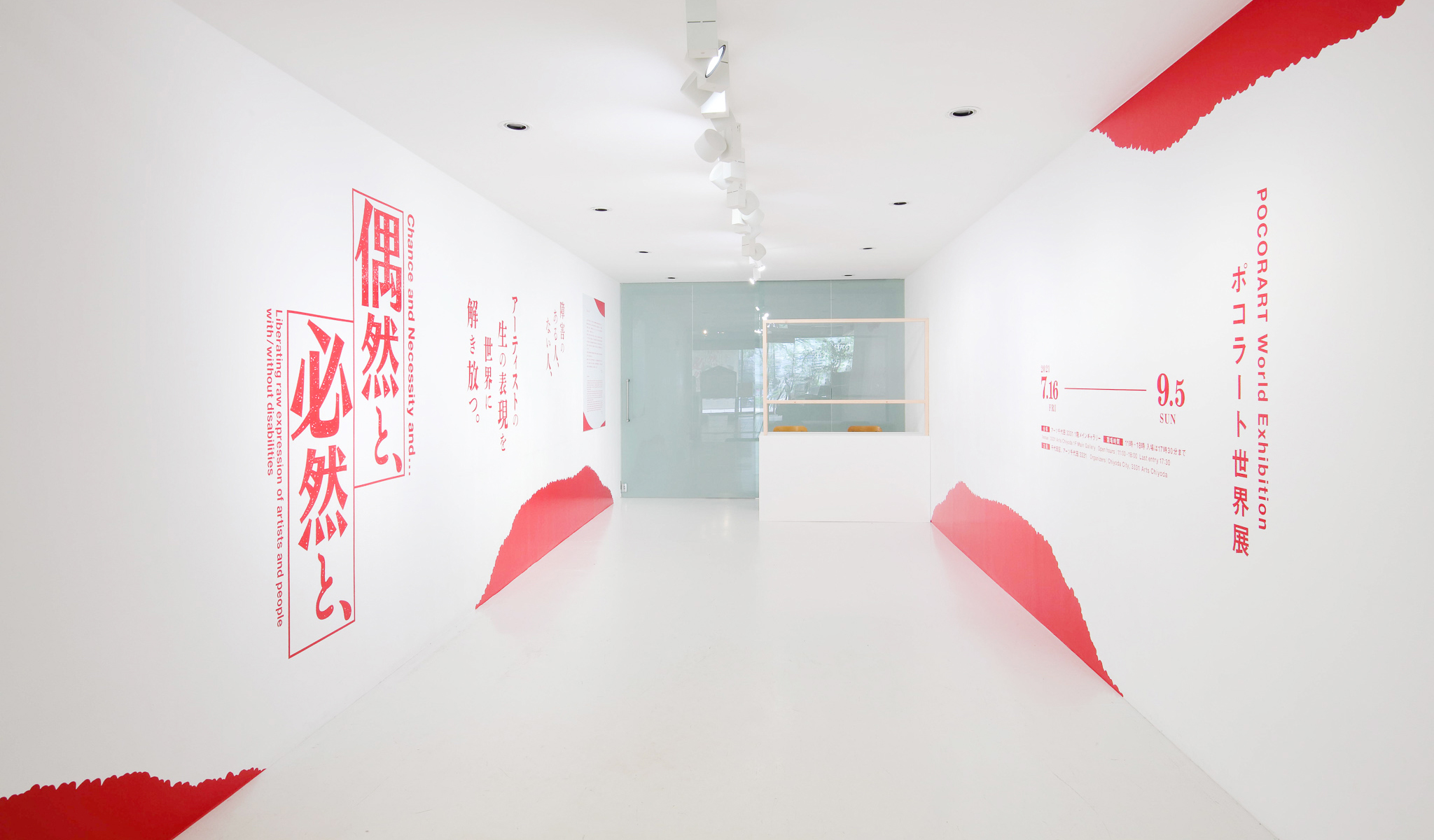 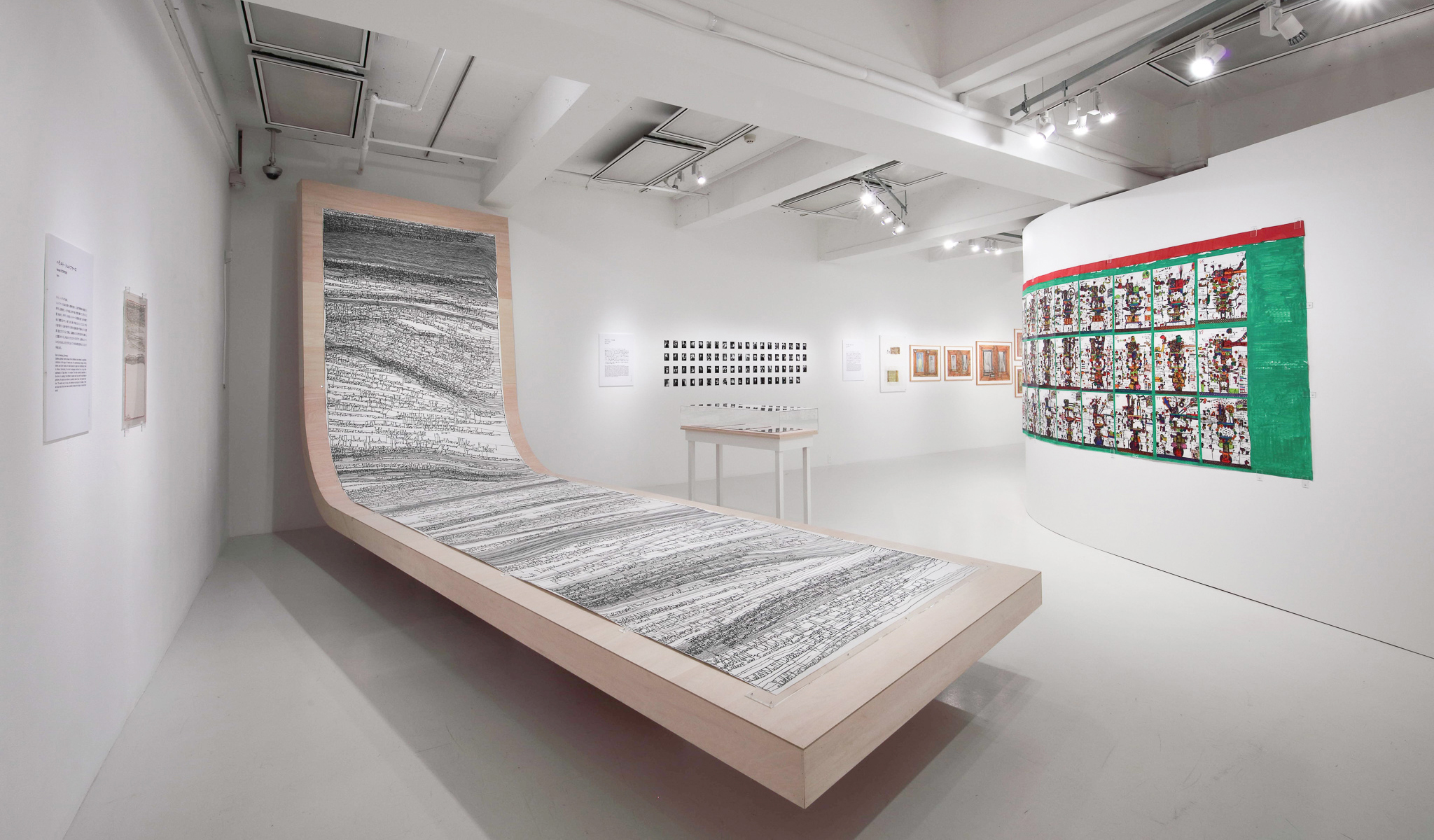 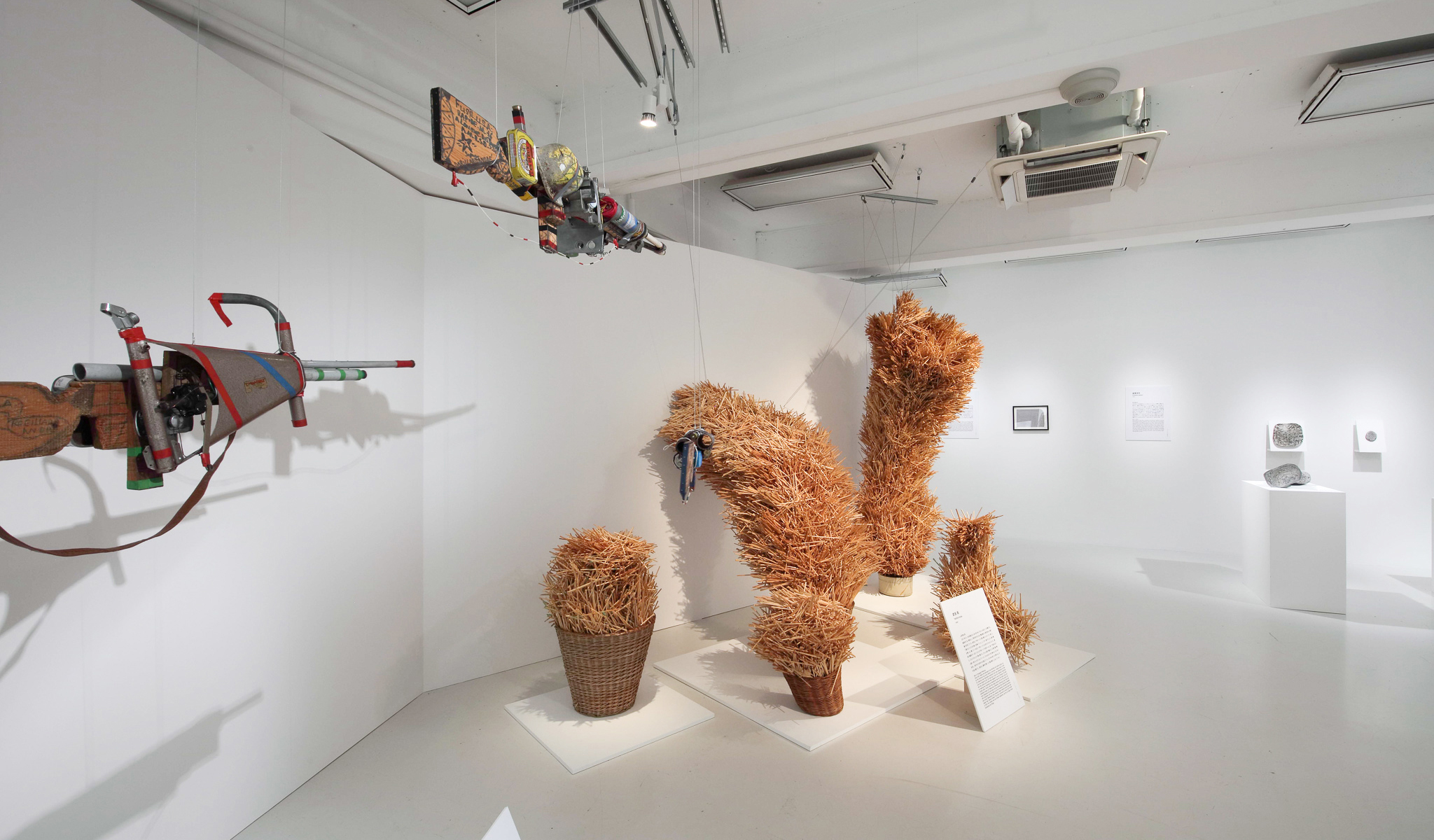 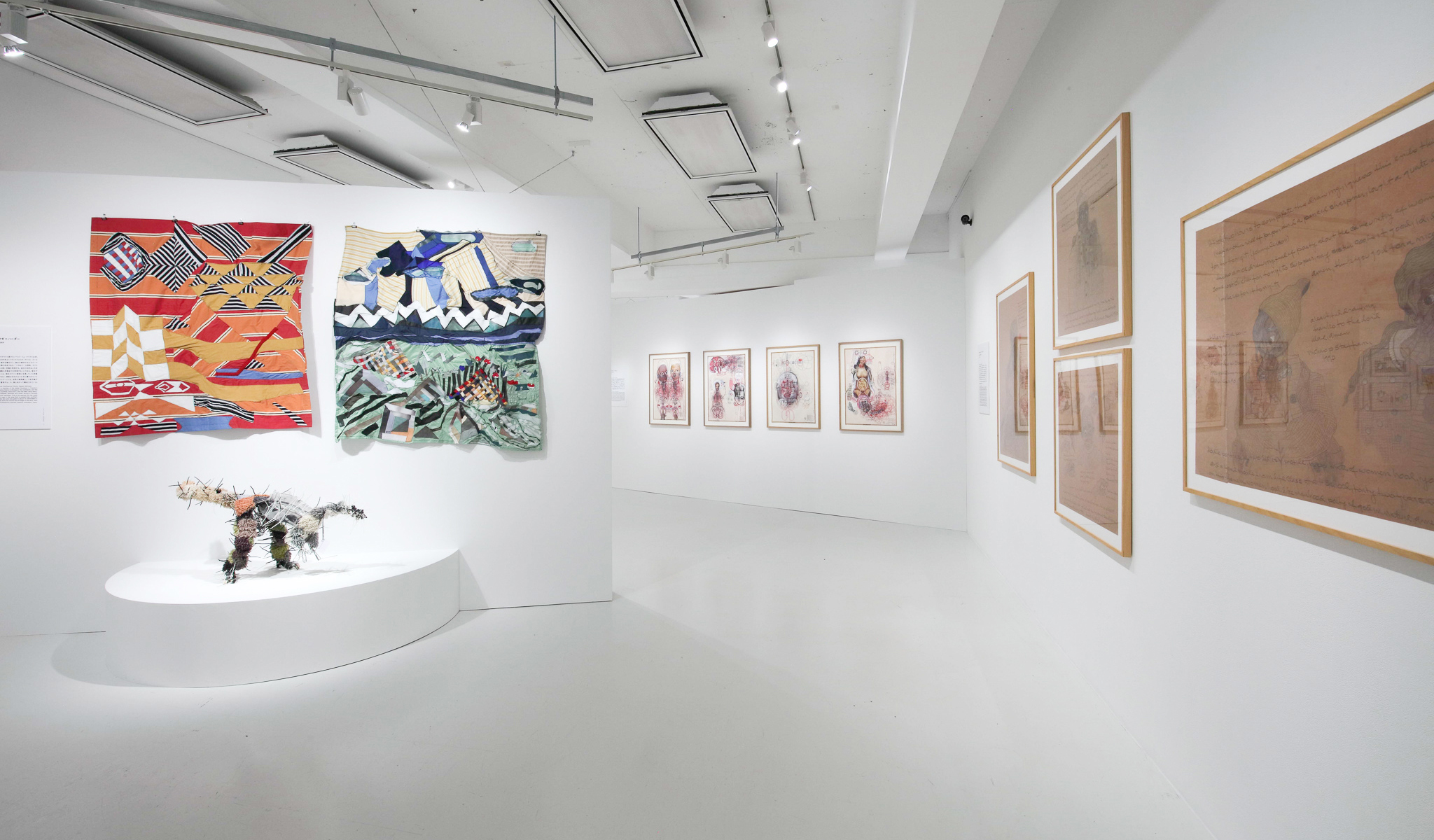 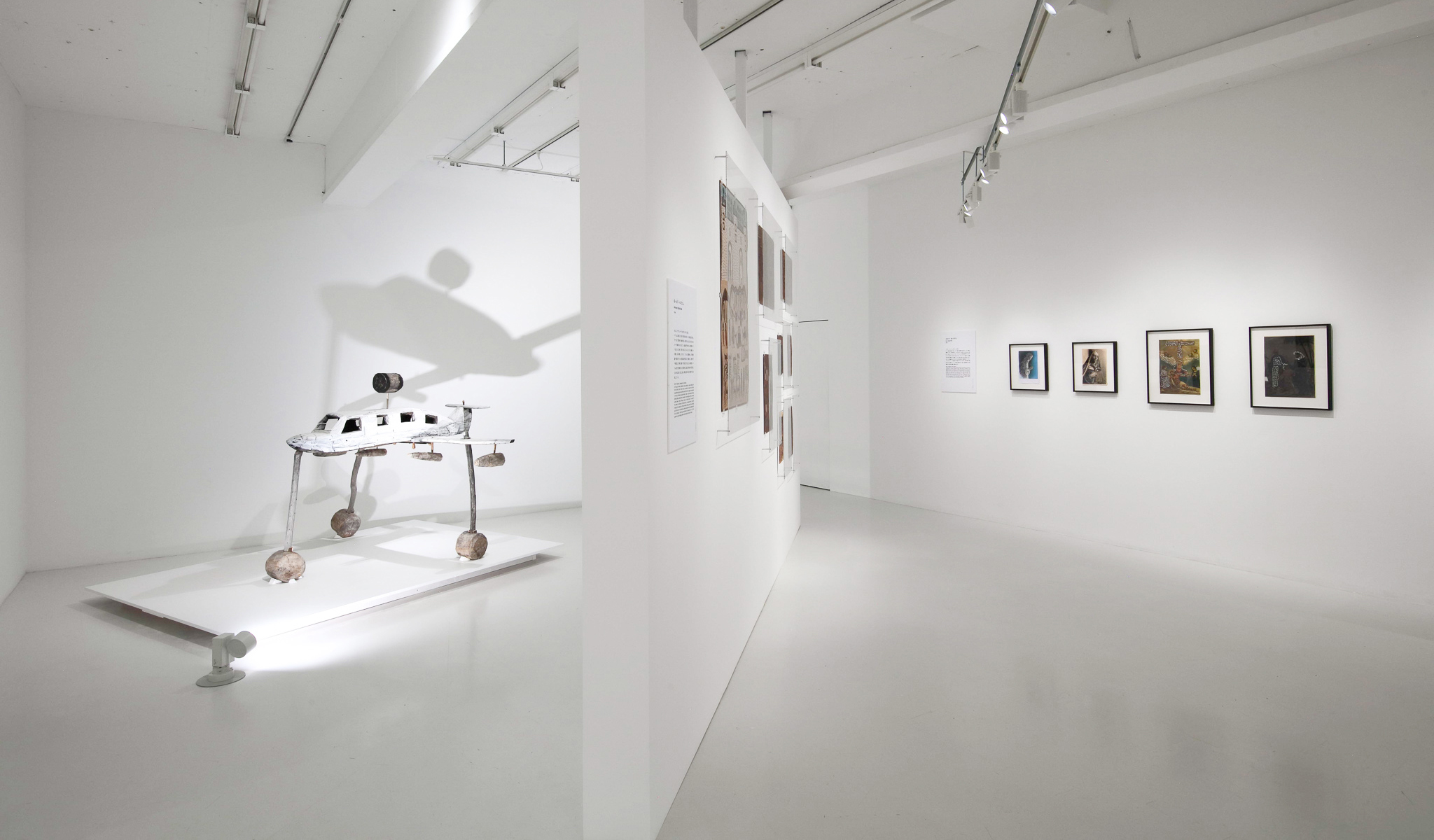 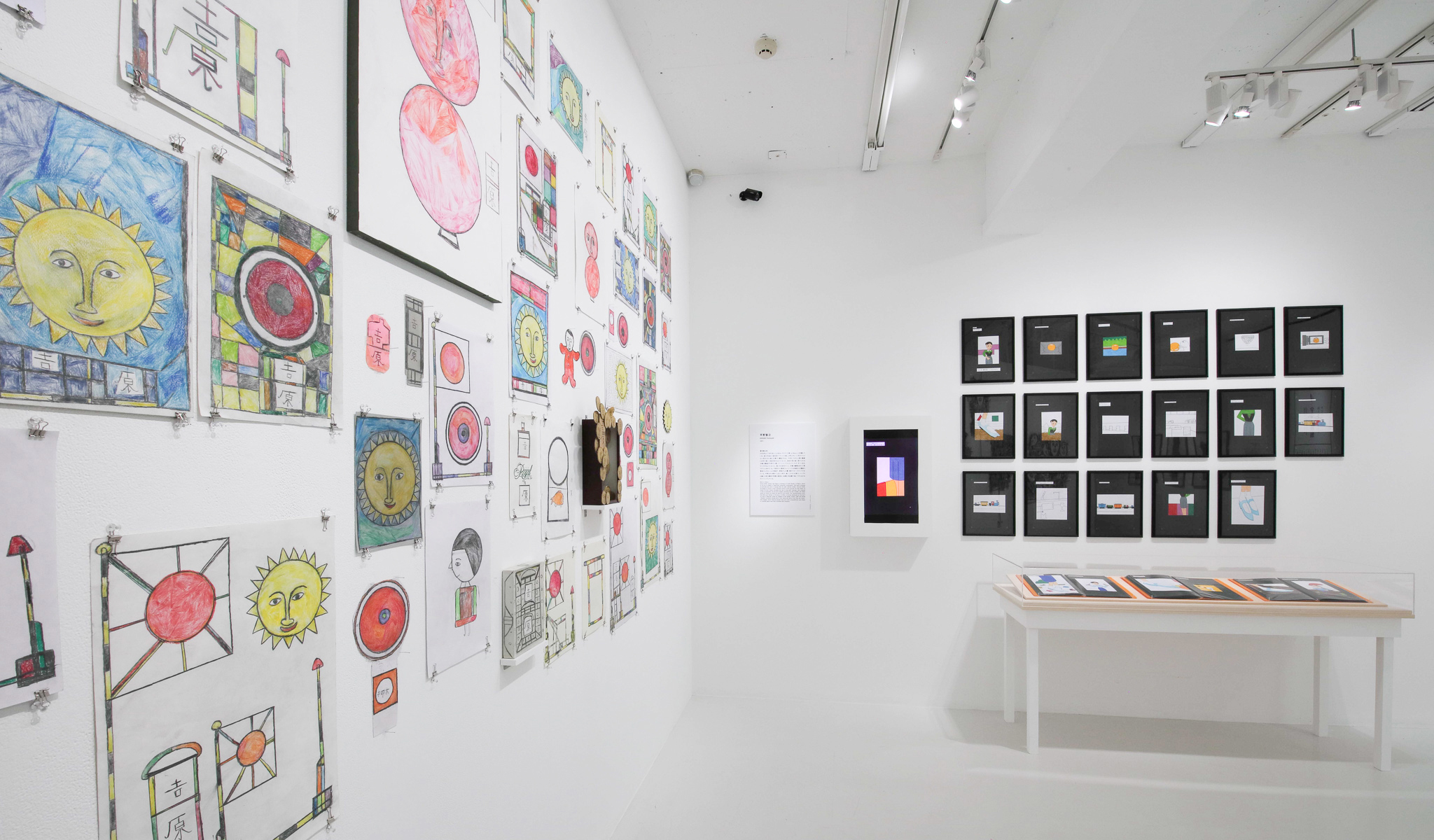 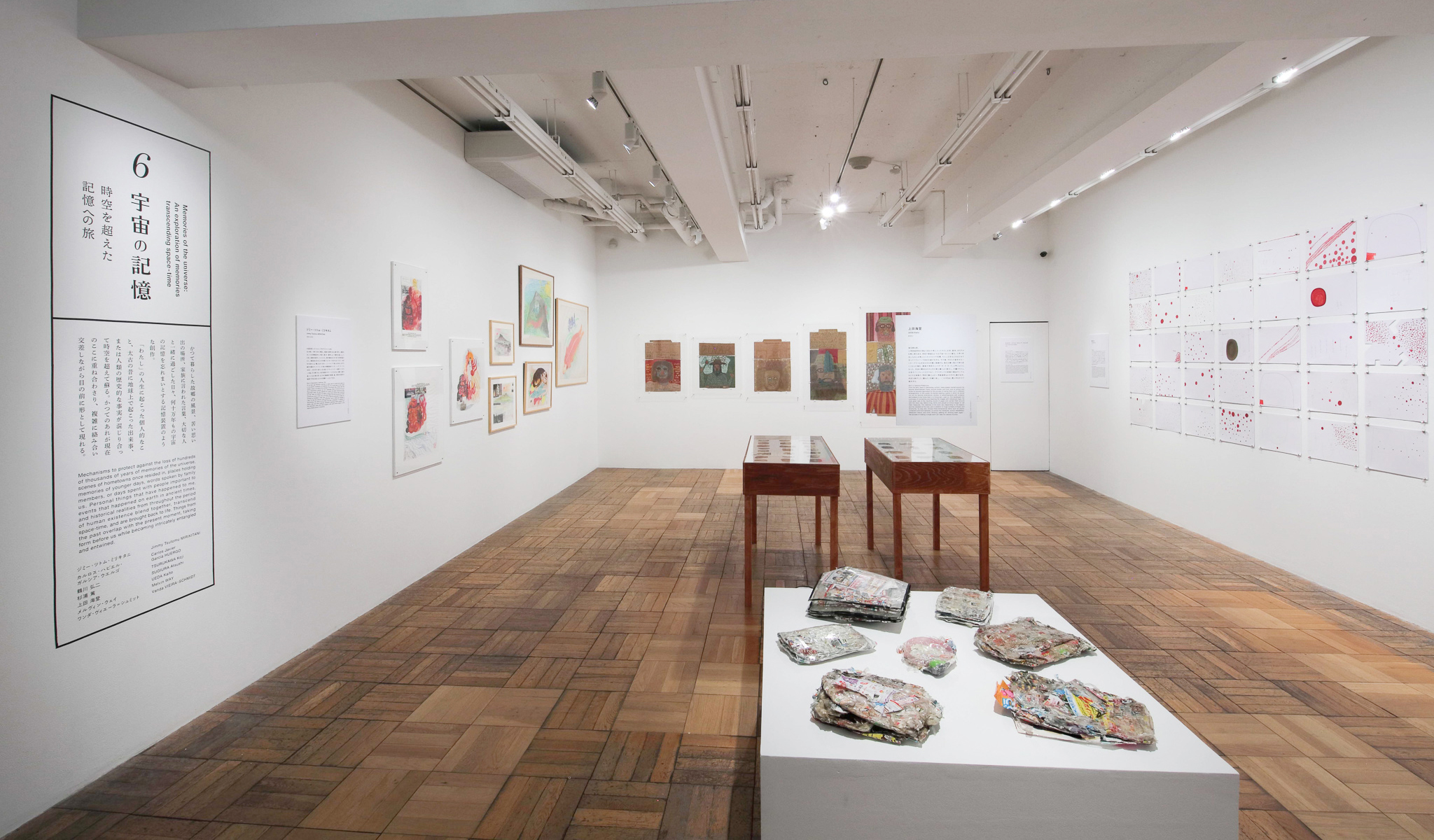 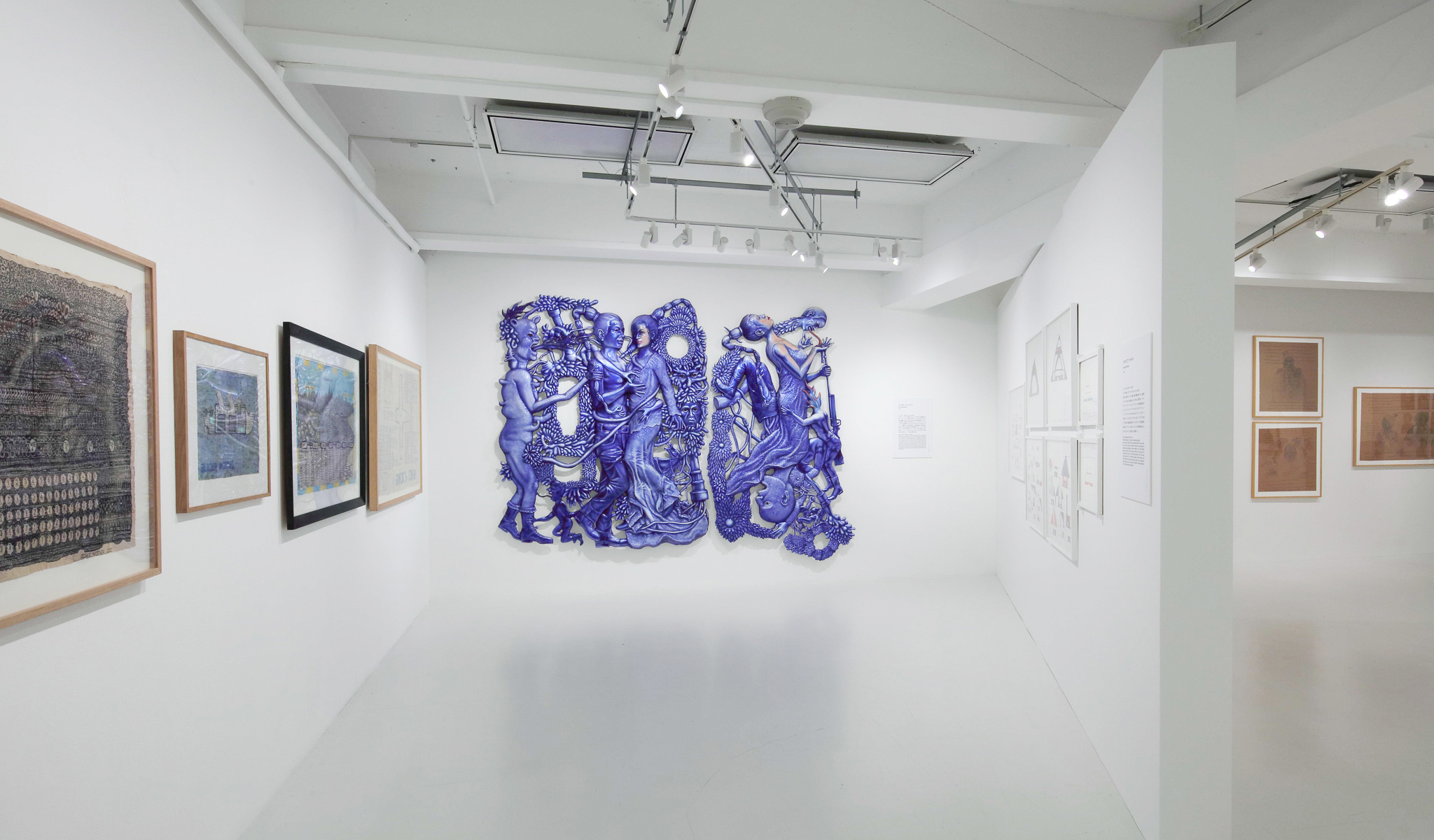 In the time and space in which people spend their day-to-day lives, creative minds freely express their creativity through activities such as painting, making sculptures, cutting, and pasting.
People are born as “me,” and in the course of living my life, encountering the immediate environment, society, and others around me, reflect on things, and occasionally experience happenings. Science has sought to explain the mysteries of the world around us and our existence in it. Philosophy and art also seek the same objectives. The Greek philosopher Democritus stated that “Everything existing in the universe is the fruit of chance and necessity.” Like Democritus said, everything on earth, including us, and, in fact, all things in the universe are the fruit of chance and necessity. Although the art of creative minds deals with the small world with which they are familiar, it is something that the larger world can identify with. The larger universe includes smaller universes. My body is an aggregation of microcosms, and I myself am part of a cosmos that goes on without end. Can these creations be called art? Perhaps they can’t be encompassed within the scope of art. All that is certain is that they are pursuing answers to the mysteries of our existence.

Over 240 creations by 50 artists from 22 countries around the world.

( In alphabetical order of artist’s surname )

The exhibition presents six themes.
They extend outwards away from the center,
commencing with the artist’s mind (my mind)
and dealing in turn with issues concerning the activities, body, environments, macrocosms,
and memories that transcend space-time.
These six themes are interlinked and move in unison. 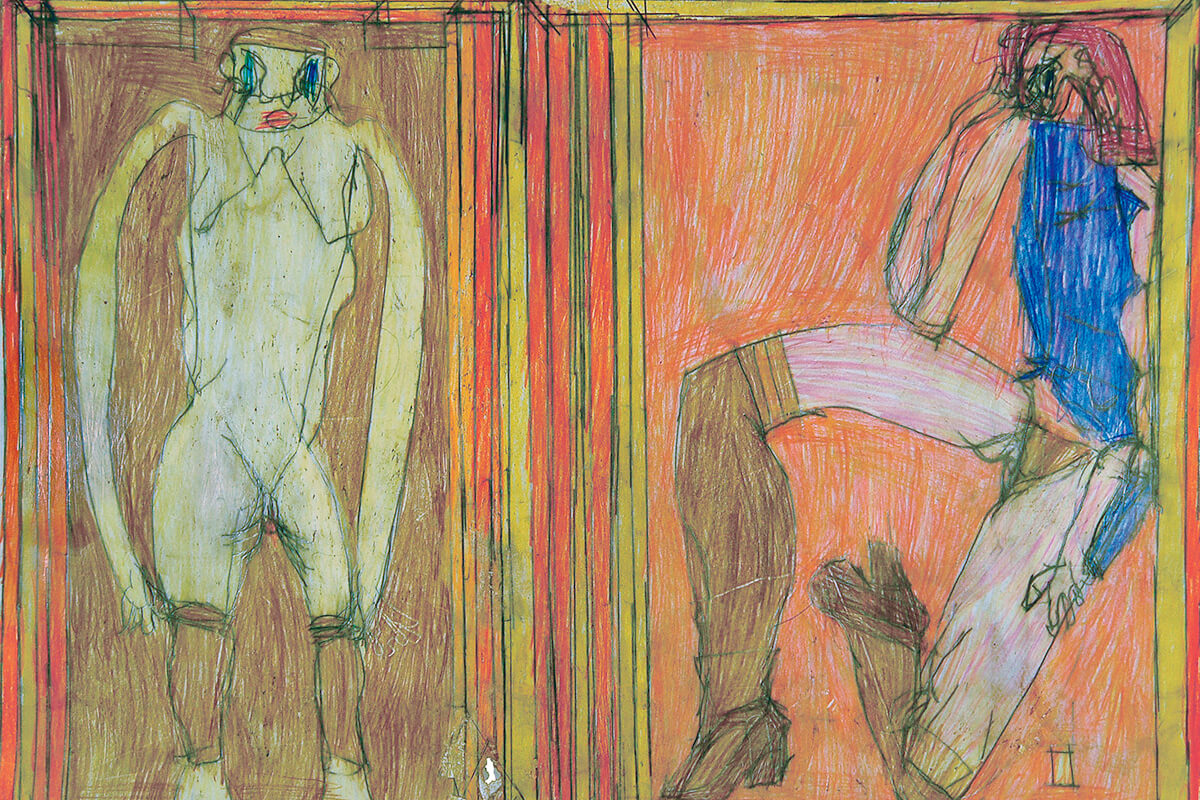 How do people perceive me when they meet me? Numerous expressions and depictions of me as perceived by the artist’s mind.

Inner self and mask
What do people understand by me when they meet me (the artist)? The me that I perceive internally is not the same as the me seen via the society outside me. In day-to-day life, I observe myself and update my own image of me, with me being the object that fulfills my desires. Posing as all sorts of different people,

I wonder who I am, or what it means to be me. Worlds of myth and fantasy that begin within me represent the ability to dream, allowing me to journey endlessly to realms of freedom. 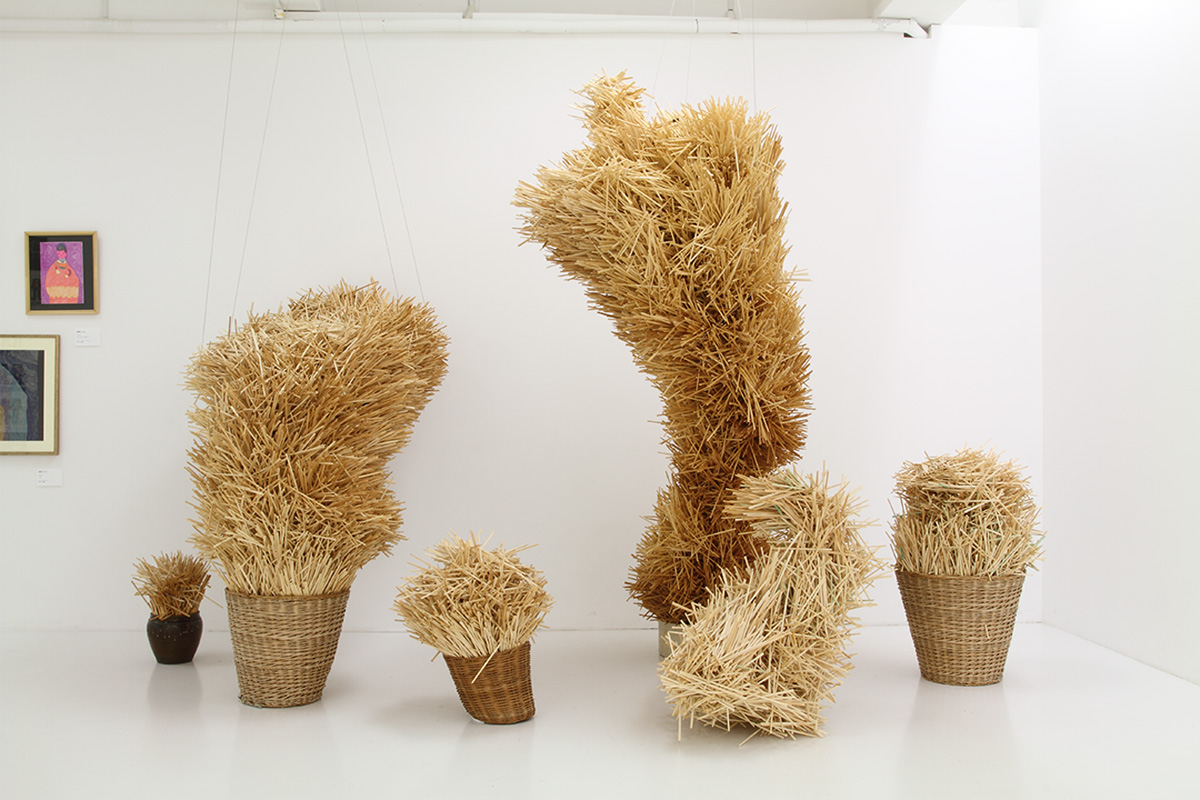 There comes a time when an action found in everyday life—such as pasting, stacking, inserting, wrapping, gathering, or writing—crosses a line, becoming a primal moment of creation.

From action to form
There comes a moment in time when a certain substance or something done repeatedly—such as pasting, stacking, inserting, wrapping, gathering, writing, or praying—crosses a line that takes it out of the ordinary. In this primal moment, I (the artist) leave day-to-day life and enter the world of creation. Action takes form as the mark it leaves behind.

Completely unexpected forms emerge from daily routines and actions that are an inevitable part of work or everyday life: pinched clay becomes a spine on the body of an imaginary animal, soft paper becomes hard and heavy like marble, discarded objects gathered together become weapons, and mother’s sewing tools and other relics become a large mass. 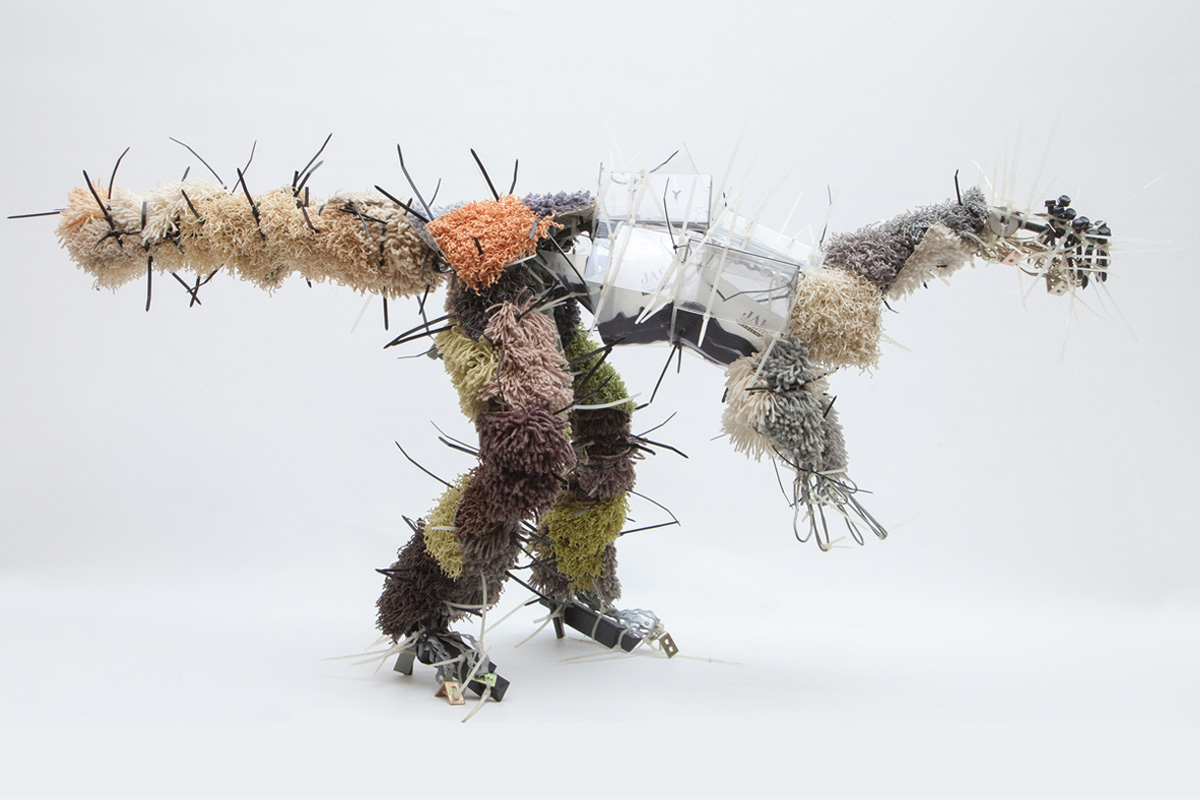 How did the living beings of the earth—people, animals, plants, and other lifeforms—and the things around us become as they are? Every me has its own mystery.

Mysteries of physical life
How did the living beings of the earth—people, animals, plants, and other lifeforms—and the things around us become as they are? The things that I see before me appear to me in many different ways. This is how shapes, colors, and sizes appear to me (the artist). My imagination extends to creatures of the distant past and creatures that have yet to live in this world. And, I create new beings by combining humans with existing animals and plants.

And there are many different perspectives exploring the mysteries of living beings. Every me has its own perspective. 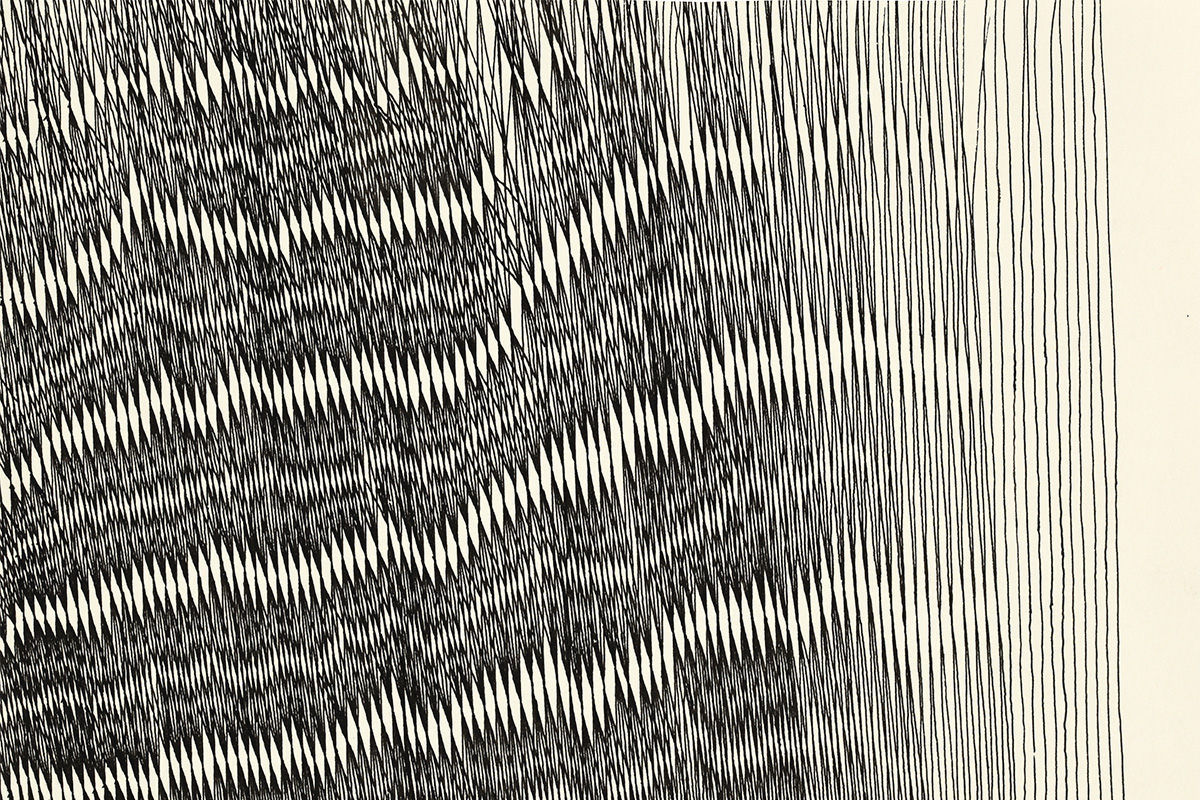 From surroundings to form

Numerous creations closely connected to the cultural customs or environment of a particular age, society, or lifestyle.

From surroundings to form
Creativity is closely connected to the cultural customs or environment of a particular age, society, or lifestyle. It can demonstrate a modern Western way of scientific thinking, using experiments to prove hypotheses, creating paintings of sound waves. In other circumstances, it can show an approach like Asian folk beliefs, invoking spirits that relieve pain. In South America, branches of nearby trees come to resemble all sorts of shapes or creatures, and in Japan, single creations can seem to combine anime and novels. In Africa, listening to the sounds of a nearby airport while making souvenirs for tourists resulted in creating a large plane that looks incredibly close to flying. 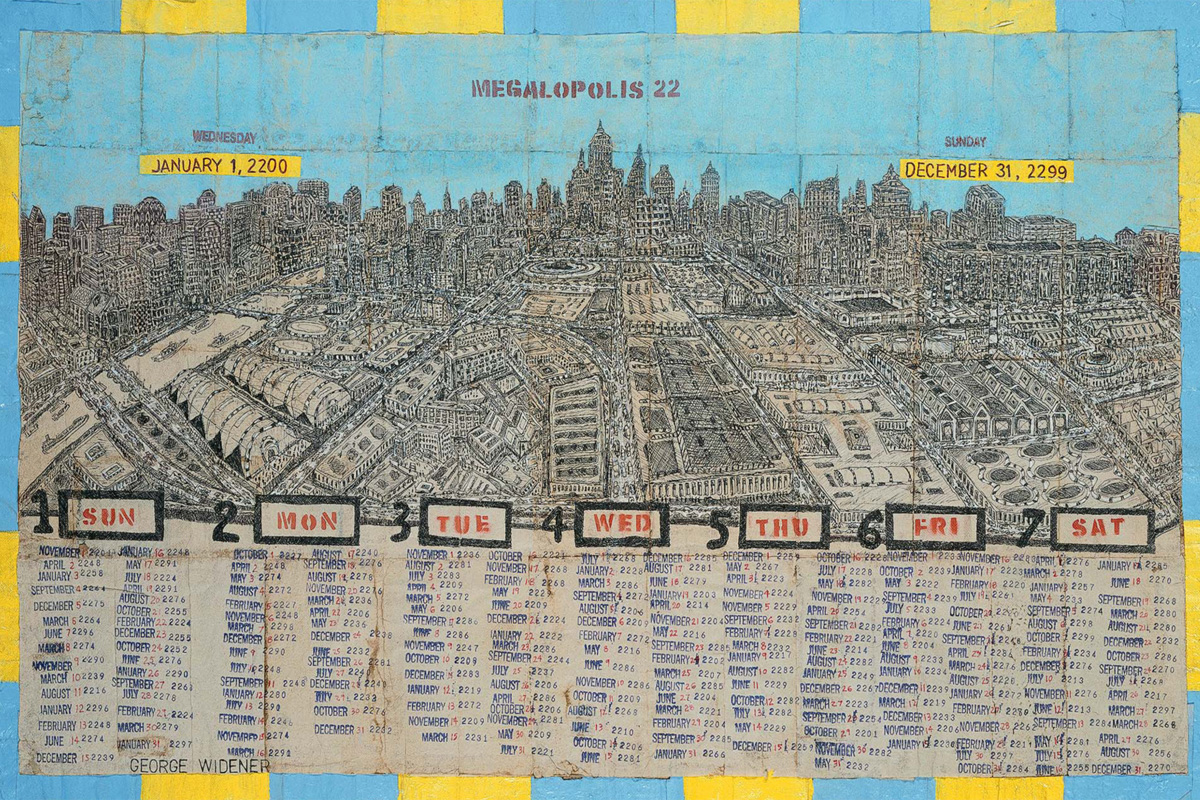 What is the nature of the world around us? Creations of spaces with information about the world and symbols for processing it.

Resonating life
What is the nature of the world around us? How does it work? Looking down on the world from above reveals the towns and cities where people live. Buildings and shops line the streets, and transportation networks spread everywhere. Some people imagine a world in which everything is made in ideal proportions, while others contemplate one made up of particles, or of chi, the invisible element of Asian thought. In addition to matter, the nature of our world comes from all the things that happen in the time and space within which we live.

And also considered to be elements of the world are natural disasters and the difficulties of coexistence, such as discrimination and conflict between groups that people have formed. Spaces with information about the world and symbols for processing it are creations. 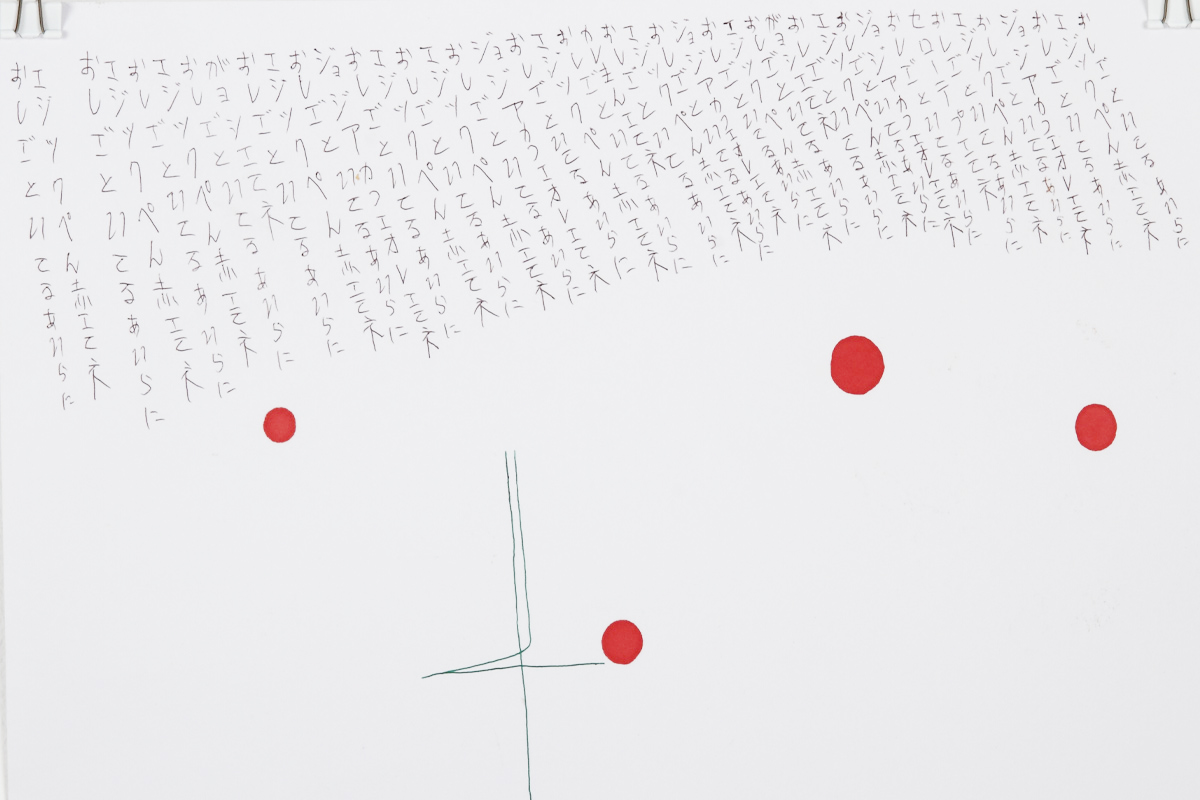 An exploration of memories transcending space-time

Things that have happened to me (the artist), events that happened on earth in ancient times, and historical realities from throughout the period of human existence transcend space-time and blend together.

An exploration of memories transcending space-time
Mechanisms to protect against the loss of hundreds of thousands of years of memories of the universe, scenes of hometowns once resided in, places holding memories of younger days, words spoken by family members, or days spent with people important to us. Personal things that have happened to me, events that happened on earth in ancient times, and historical realities from throughout the period of human existence blend together, transcend space-time, and are brought back to life. Things from the past overlap with the present moment, taking form before us while becoming intricately entangled and entwined.

Born in Hyogo Prefecture.Art anthropologist at the Laboratory of Social Anthropology in EHESS (School for Advanced Studies in the Social Sciences). Received a Master’s degree in Art History from Paris-Sorbonne University. Received a Bachelor’s degree in Museolo- gy from École du Louvre. Involved with categorization of art and its periphery, human creations research and projects. Currently also a coordinator for “Pocorart National Open Call” at 3331 Arts Chiyoda. 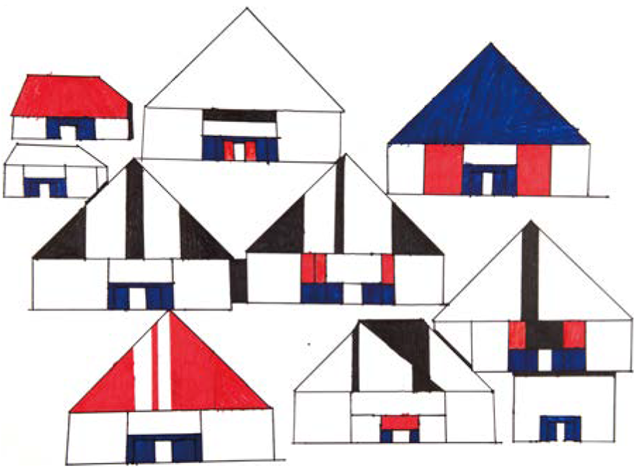 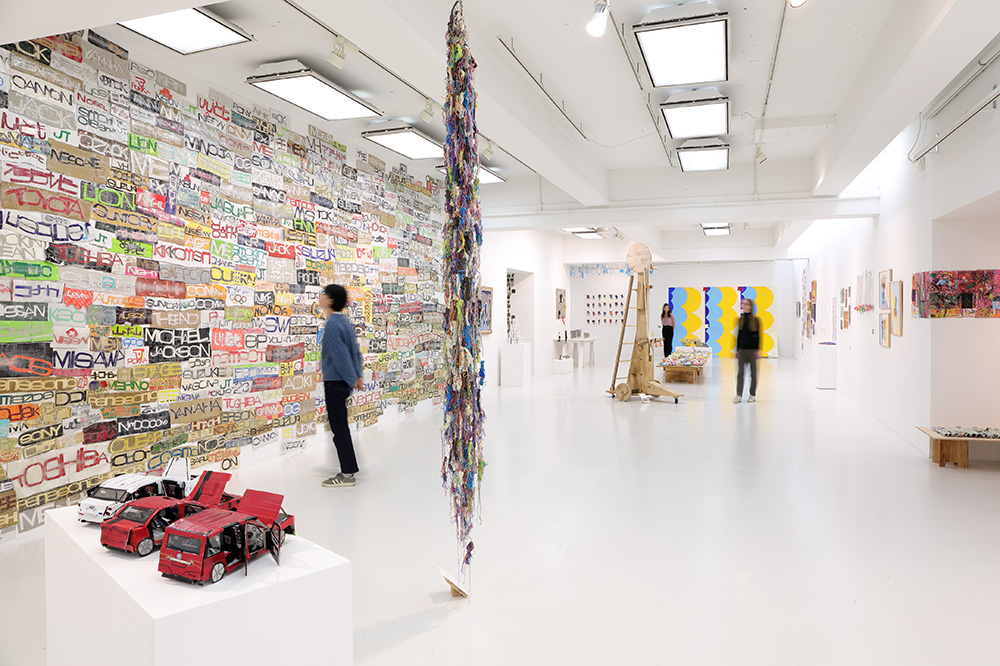 POCORART stands for “Place of ‘Core + Relation ART,’”meaning a place where people with and without disabilities can meet and interact, and is used to refer to the act of creating such an environment. 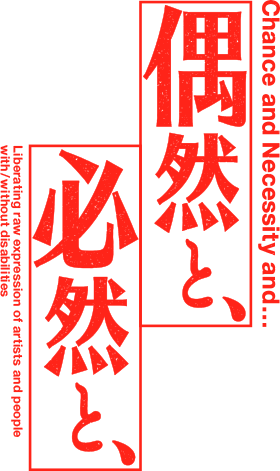 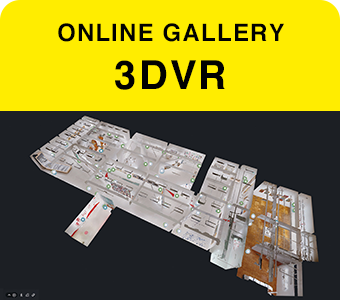 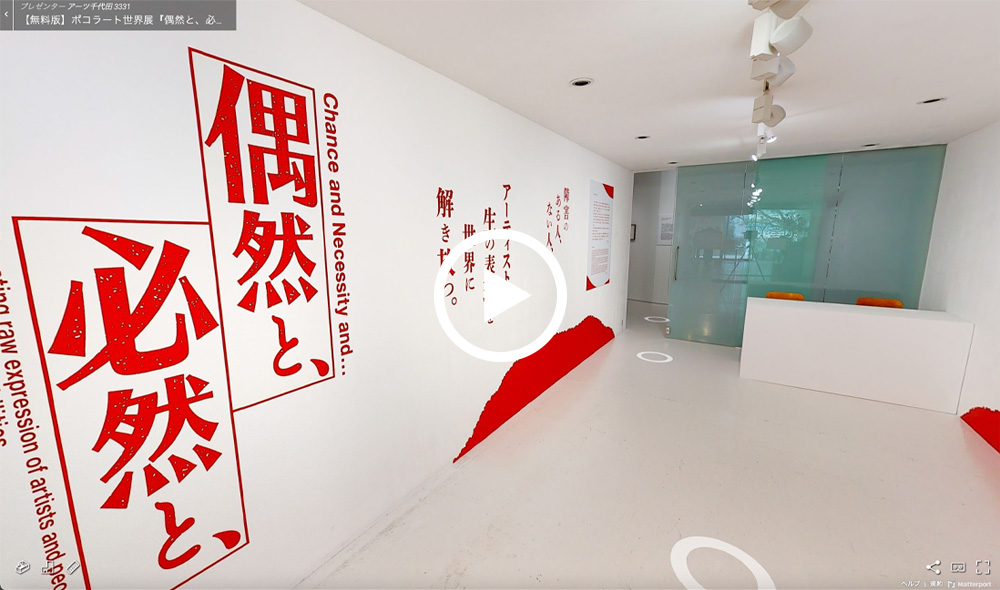 The exhibition at the gallery has closed, but the virtual tour using 3DVR will be open to the public until middle of October. You will be amazed at the experience of viewing the exhibition as if you were there.